Nathaniel slammed the front door behind him, walking slowly through the darkened hallway to the kitchen. The dull light from the evening served as sufficient illumination. He opened one of the cupboards, picking up a glass tumbler and an old looking bottle of scotch.
The bottle came down hard and Nathaniel stood up straight, running the fingers of both hands through his hair from front to back. He leaned against the kitchen counter, looking at the empty glass and full bottle before slowly unscrewing the cap and pouring the amber liquid generously into the glass.
He moved away from the counter, slowly passing back through the hall to climb the stairs. Reaching the top floor, his hand rests on the top post as he turns to walk along the landing. Entering his room, the last light of the evening pours in through the window, casting light across his bed.
Nathaniel sits on the edge of his bed, resting his elbows on his knees and allowing his hands to hang almost freely. His head hangs low. He swirls the glass of scotch before taking a long sip. He places the glass on the side table and lays back on the bed, his arms covering his head as he stares up at the ceiling. The events of the day play out in his head and he sighs in frustration. That could have all gone better. 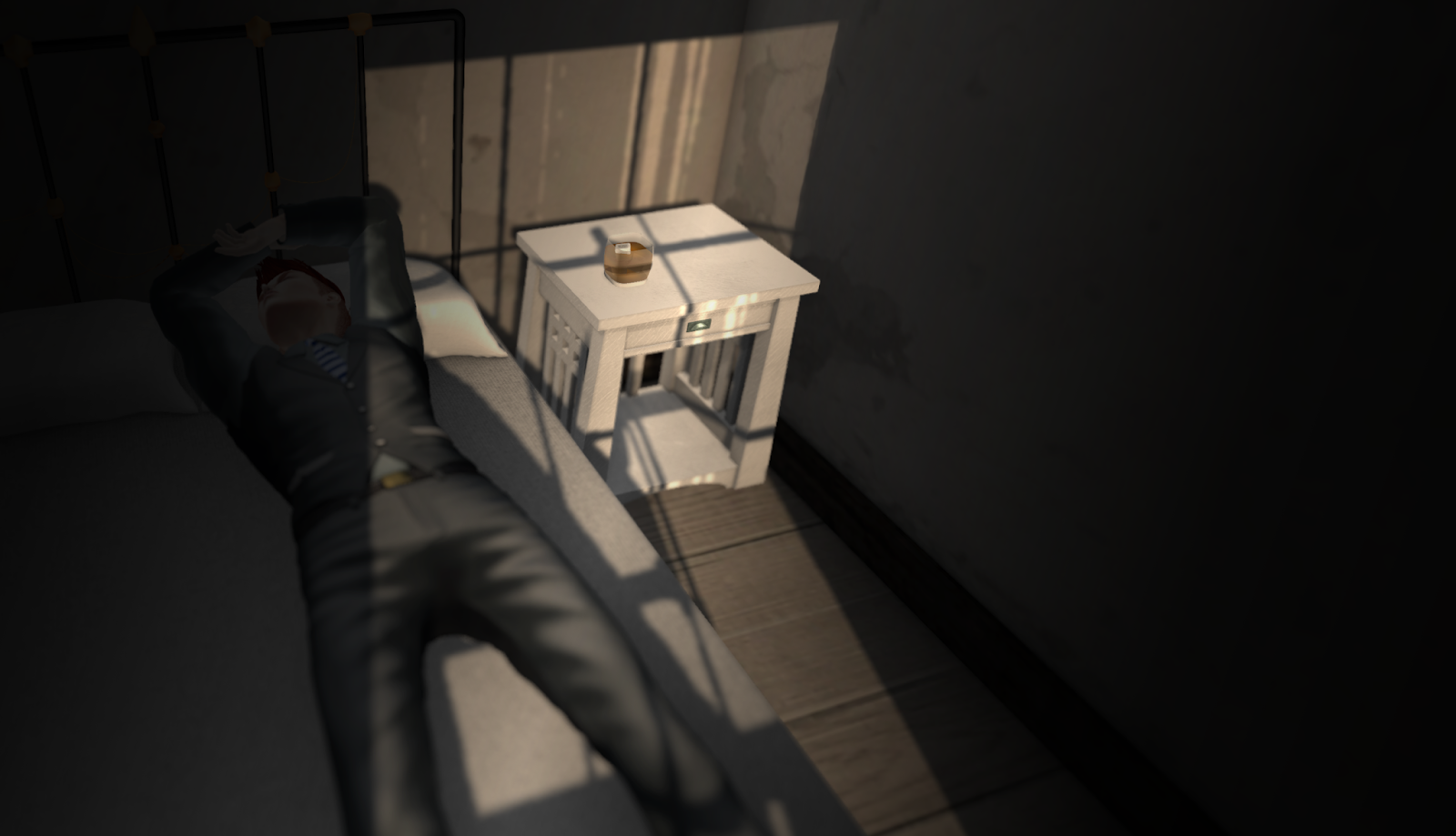