The night had started out calm, pleasant almost. He hadn't intended anything as he sat at the bar, drinking alone for the.... 5th night in a row? He'd managed to convince the barman to leave the bottle with him. He'd gotten around half way through the bottle when the sound of the door heralded the arrival of four rowdy young men. Nathaniel closed his eyes and took in a deep breath through his nose... wolves.

He payed no attention to start with, as they played pool loudly at one end of the bar, but as one of them drew closer he glanced to see. The young man looked the same age as Nathaniel appears, but like Nathaniel, he could be much older. His dark hair was shoulder length and unkempt. He had a short beard which framed his face. In that short glance he noticed the young wolf was watching him. The war might have been over but many families still held animosities.

Nathaniel poured himself another glass, swirling it before taking a long sip. It was the lack of sound that alerted him, followed by the sound of movement. He threw his drink back before slamming down the glass and spinning around on the stool. As he did so, the sound of a rush of air caught his interest. Swinging his fist around with his body he drove it through the pool cue that was intended for his back. Standing before him were the four young wolves, one of which was now holding a shattered pool cue.

"Now then, boys... how should we proceed?" He grinned, baring his fangs...

The walk home felt a little longer that morning, having had the disadvantage of numbers and alcoholic impairment. He was a little sore, but still... you should have seen the other guys. No, really. 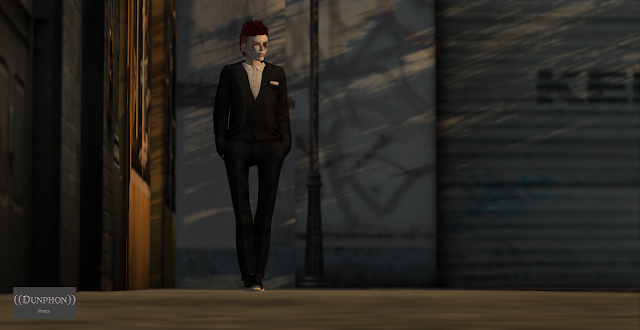