The forests and woods in certain regions were treacherous at night, and suicide on a full moon like this one. The light flooding between the branches and leaves let eerie shapes dance among the sodden undergrowth. Each step caused sound which bounced around from trunk to trunk, letting the entire forest know of it's inhabitant.

He moved cautiously, hoping that the sound of he and his horse would not draw too much attention too soon. He was still young, but still fast. He knew that should he need to he could abandon this great, beautiful thoroughbred to the wolves as a meal and a distraction. His speed would always be his savior in his first few decades but for now, his vigilance would be all he required. His search was only just beginning to reveal the extents of this world he had discovered. 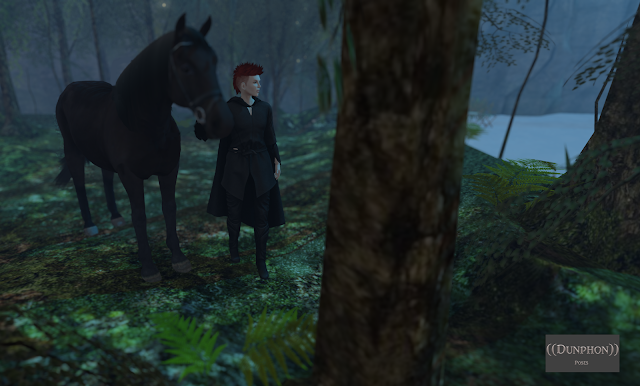