He'd swept through the castle, a hand full of resistance kept fighting but the battle had been all but won. There was no sign of the wolves he'd been hunting, though the Katana on his back had tasted plenty of blood that night. Not his usual weapon of choice, however it was difficult to find western steel this far east.

He was about to give up on his venture when the smell of old blood filled his nostrels. The smell led him along a very long corridor and up into an eastern tower. As he drew closer the smell became intoxicating. The door was unguarded, left abandoned by the wolves as they fought or fled. The sound of a chain clinking made him press to the wall, inching forward to the doorway he peered around to see her. At this very moment a very fortunate captive. 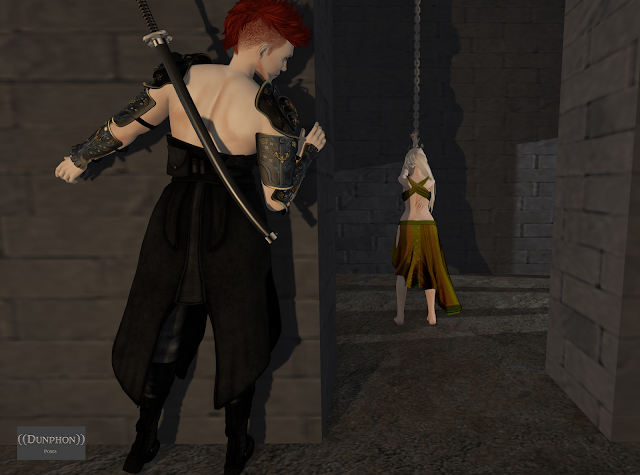 Thanks to Harmony for yet again being so helpful.
Posted by Unknown at 20:50